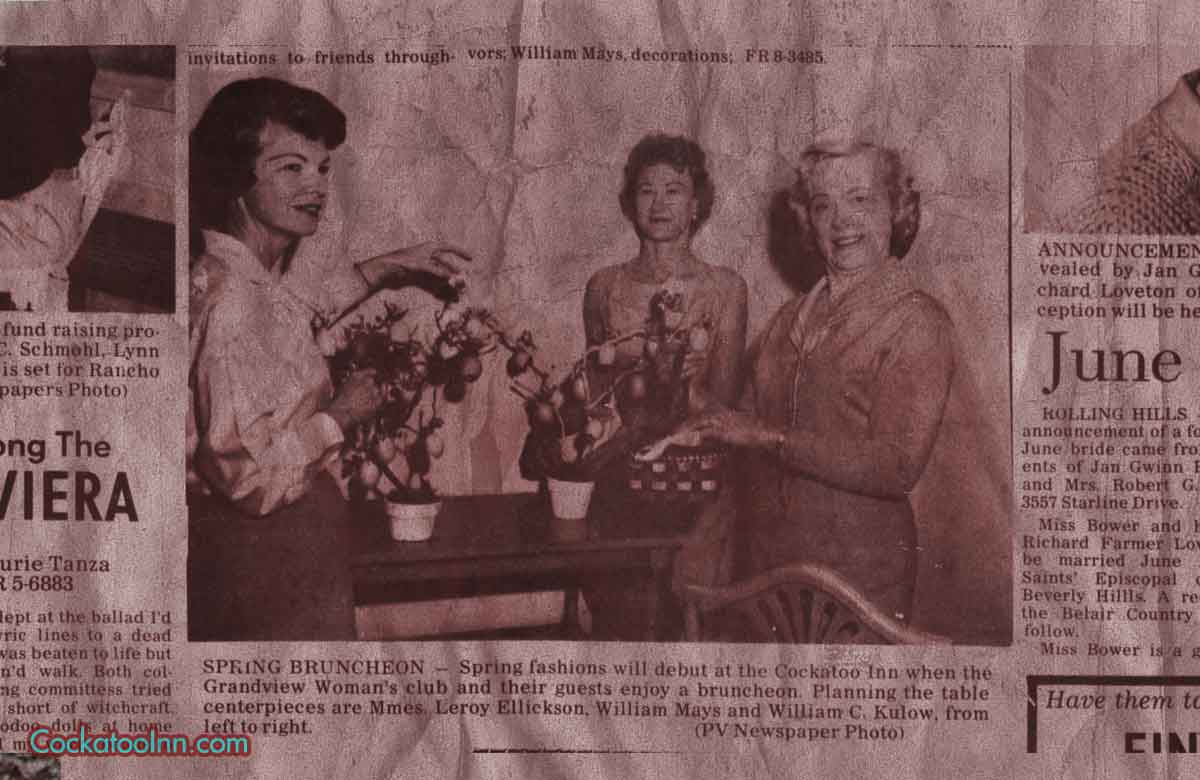 The now-vintage clothier, Lanz of California, previewed their fashions for the Grandview Woman’s Club in March 1963. The Palos Verdes News printed the following of the event:

Spring fashions will debut at the Cockatoo Inn when the Grandview Woman’s Club and their guests enjoy a bruncheon. Planning the table centerpieces are Mmes. Leroy Ellickson, William Mays and William C. Kulow, from left to right.

Unfortunately, women sometimes were identified only as their husband’s names. The accompanying photo printed:

Sadly, Lanz of California closed its retail stores in the 1990s to concentrate on its manufacturing business. Originally, Werner and Kurt Scharff opened their store on Wilshire Boulevard in 1938. It was independent of its European counterpart. It offered Austrian-inspired ski clothing and women’s apparel. Film stars from 20th Century Fox and MGM loved their fashions. American actress Hedy Lamarr wore their designer clothes in the film, Ziegfeld Girl. Fortunately, Lanz received a film credit, which helped business tremendously. It didn’t hurt to have Jimmy Stewart and Judy Garland in the picture.

cockatooadmin
The Lococo Trampoline
Boys in the Mud