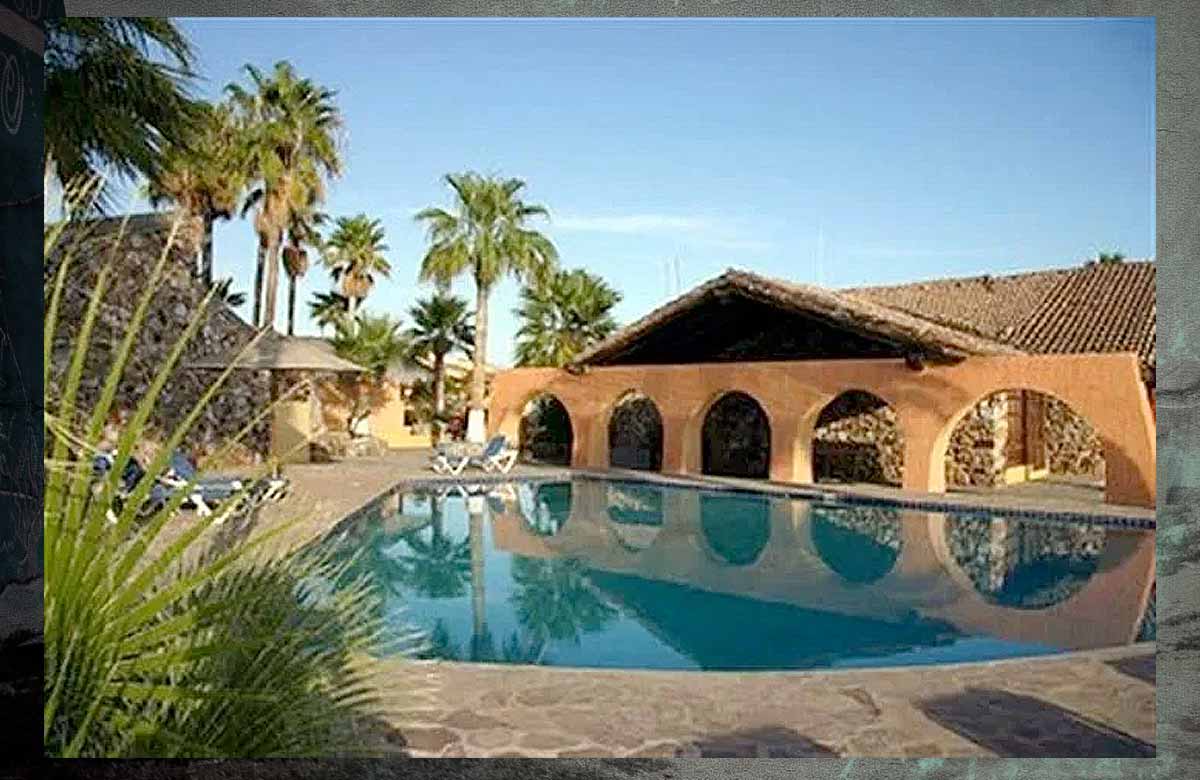 Throughout his life, Cockatoo owner Andy Lococo faced much scrutiny from authorities. Recently, we uncovered information showing that the FBI kept tabs on his activities for at least 10 years. After watching Andy’s trips to Mexico, agents caught wind of why he was interested in a hotel called Borrego de Oro.

First, why were the Feds so interested in Andy? Sure, some of it had to do with racketeering and gambling suspicions. But they also believed that he was connected to major crime figures in Milwaukee, San Diego and elsewhere. So when Andy started taking trips to Baja, California during the late sixties, the FBI took note.

In order to gather intelligence, the FBI relied on the people around Andy. Sometimes, those friends became subjects of surveillance themselves. One man who was tracked closely was J. Louis Cribbs. He may or may not have been an informant per se, but the FBI interviewed him on more than one occasion.

One of those interviews was documented on February 27, 1969. An excerpt from the report read:

J. LOUIS CRIBBS, an employee of Northrop Aircraft Corporation, Hawthorne, California, advised: He has known Lococo for many years. They became acquainted when Mr. Cribbs occasionally ate lunch at Lococo’s restaurant prior to the erection of the new Cockatoo. Cribbs and a friend interested Andy in hunting and fishing.

Cribbs revealed that they went on several fishing trips to the area of Punta Chivato in Baja and stayed at a hotel called Borrego de Oro.

Borrego de Oro has its own interesting and complicated history, which we won’t go deeply into. But it was fairly new when Andy and his friends visited. It was during “The Golden Age of Baja”, when Americans discovered a little slice of paradise. Celebrities like John Wayne and Bing Crosby made it their getaways. Jayne Mansfield got married at the hotel in a private ceremony.

But Mexico was plenty corrupt, and that brings us to the crux of this story. According to an FBI informant, Andy Lococo tried to buy the Borrego de Oro outright for $650,000. His intention was to create some sort of hotel or casino, away from the regulations he faced in the States. He was rejected “because of his hoodlum and gambling background,” the report concluded.

Despite this, Andy didn’t give up. An unnamed informant in the FBI report stated what happened after his offer was turned down:

…he reportedly then purchased a sizable piece of property across the street from the Borrego de Oro Hotel where he intends to install a gambling casino and is reported to ‘have the blessing of Mexico City.’

It appeared that never happened. In fact, a later FBI memo described a different account from his friend Cribbs. He said a partner of Andy’s went in on the land deal but ended up the sole owner:

They planned to erect a vacation house on the property. Lococo, however, backed out of the venture. The other partner built the structure on his own. Mr Cribbs saw the structure prior to its completion. It is a large structure, possibly several thousand square feet, with several out buildings.”

Was this story a cover? Or did Andy keep Cribbs at a distance? In any case, Cribbs appeared to be loyal to Andy, telling the FBI that he didn’t think it was large enough for a casino. He also denied that Andy said anything in private to substantiate rumors of bookmaking, prostitution or narcotics.

After the deal broke down, the FBI continued their surveillance. They delegated data gathering to either their Los Angeles or San Diego offices (based on proximity). However, Andy’s perjury conviction later that year, coupled with the launch of his fishing operation, supplanted further investigation into his Mexico activities.

The Borrego de Oro soon after was renamed “Hotel Punta Chivato”. After other name and ownership changes over the years, it still stands today, as Posada de las Flores. But having read accounts of what happened to it in the 1960s – including confiscation by corrupt Mexican officials – it was probably a good thing that Andy backed out of Baja.

Did you fish or stay near La Paz or Punta Chivato during its golden years? Let us know in the comments!

Show everyone who had the best midcentury bar. Get an official Cockatoo Inn t-shirt from our shop!

cockatooadmin
Welcome
A look inside the Cockatoo Inn