Mother’s Day is just around the corner! We dug up this 30 year-old ad for Mother’s Day at the Cockatoo Inn that ran in Los Angeles newspapers in 1990:

You can tell which ads were from the later years, because they used the the white cockatoo image much more often. The lettering of the words, “Cockatoo Inn” also saw changes in later years, but here they use the beautiful old english style to which many were accustomed. Those weren’t the only relics found in this ad. Back then it only cost $13.95 to take mom to champagne brunch!

And though you can’t have Mother’s Day at the Cockatoo Inn anymore, we hope you’re able to celebrate in these tough pandemic times.

Do you love the Cockatoo? Show everyone what the best midcentury hotel and restaurant was with the official Cockatoo Inn t-shirt! 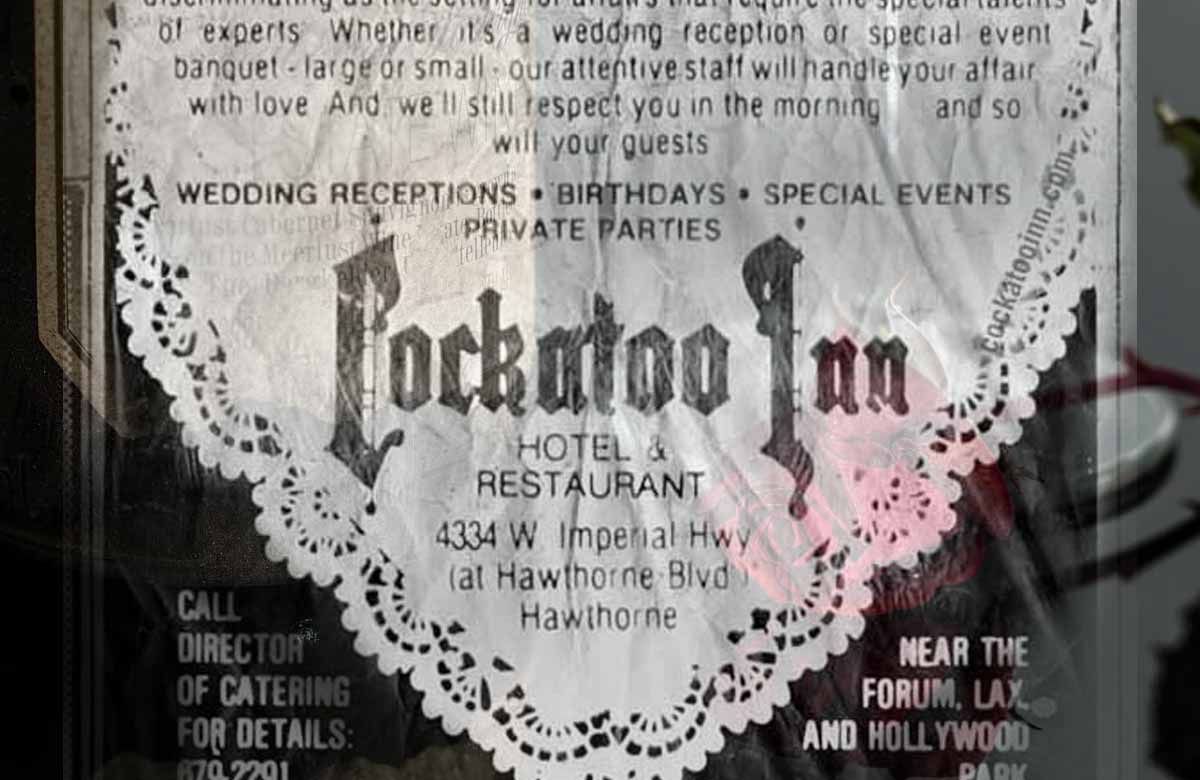