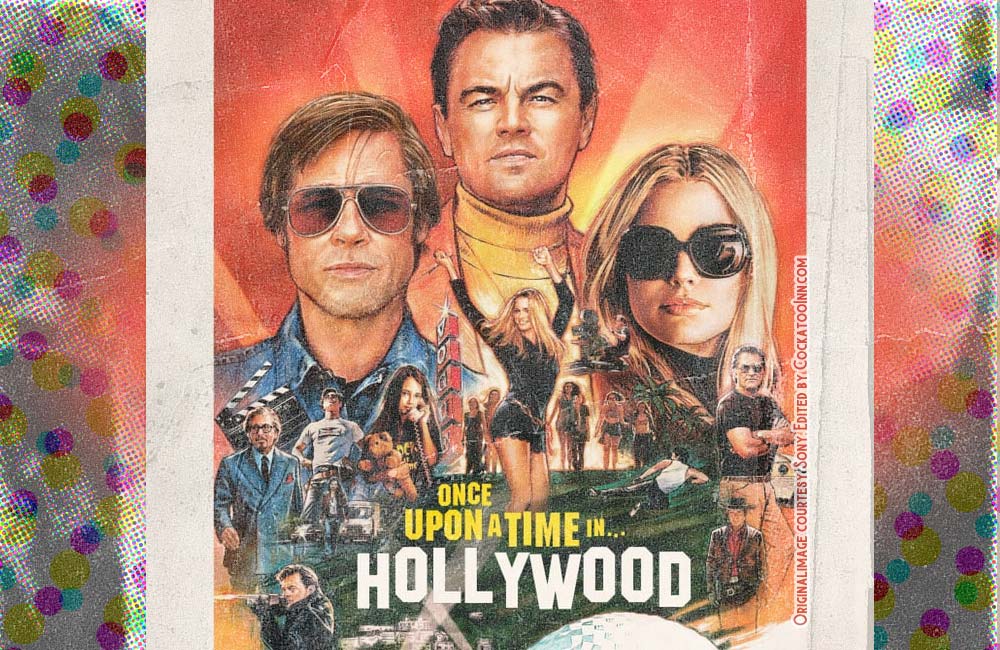 In entertainment news, Quentin Tarantino’s ninth film, “Once Upon a Time in Hollywood,” hits theaters in wide release today. If his prediction is to be believed, this will mark the penultimate film by the Jackie Brown director.

The film takes place in 1969 Hollywood during a time of cultural and social change. It follows Rick Dalton and Cliff Booth (played by Leonardo DiCaprio and Brad Pitt, respectively), actors trying to make it in an industry they no longer recognize. The film also stars Margot Robbie as Sharon Tate. (Of course, Tate, a Hollywood actress at the time, was married to infamous director, Roman Polanski. She was brutally murdered by the Manson Family on August 9, 1969.)

According to Indiewire, Quentin Tarantino’s ninth film, Once Upon a Time in Hollywood, shows in 70mm in only five theaters across the country. One those theaters is ArcLight Hollywood. The ArcLight is adjacent to the Cinerama Dome, which was featured in the film. The Cinerama Dome is a part of the ArcLight complex. ArcLight showtimes are shown on their website, arclightcinemas.com.

What did you think of the movie? Comment below!