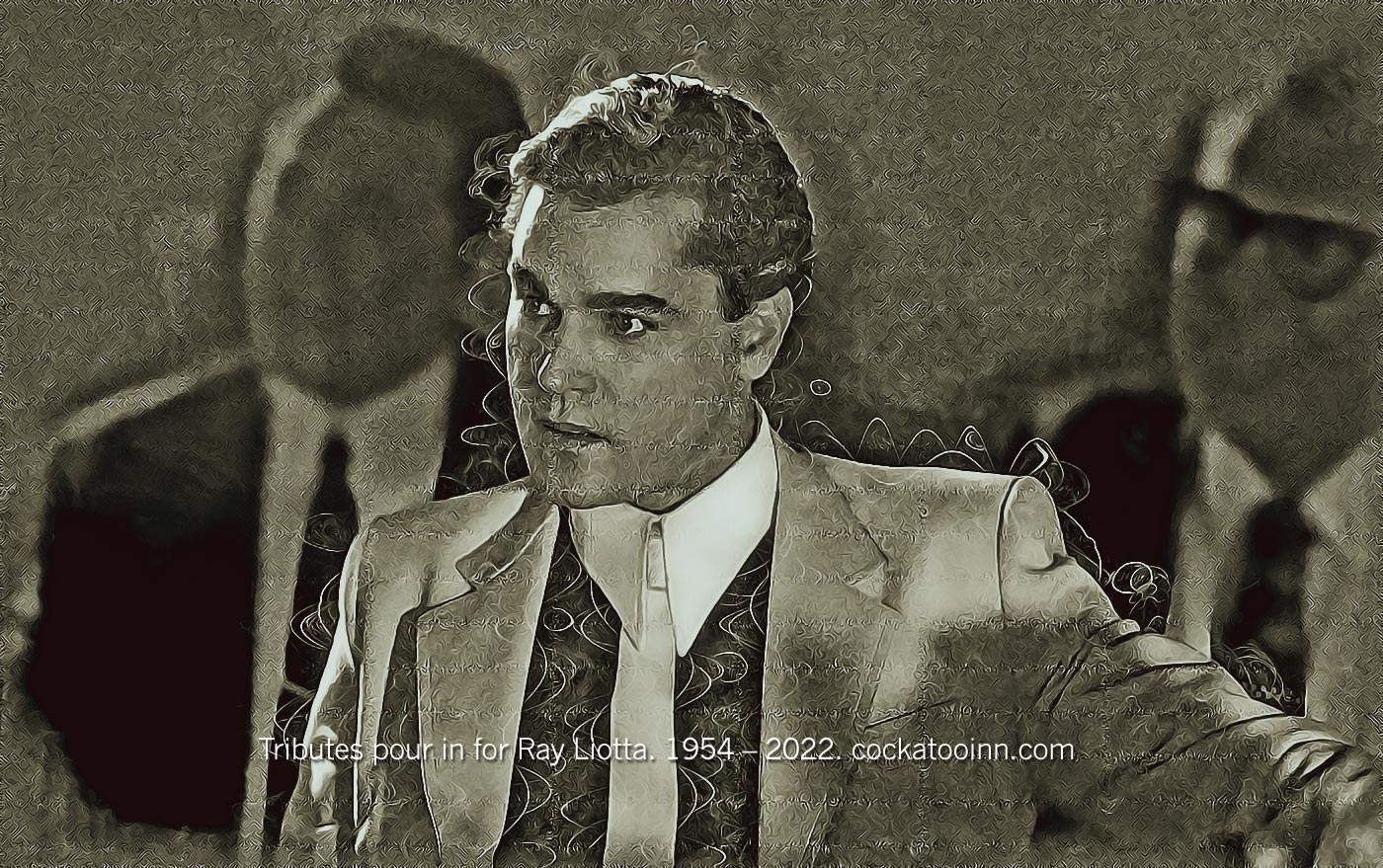 Actor Ray Liotta died today in the Dominican Republic. He was 67. He was there shooting his latest film, “Dangerous Waters.” After news broke of his death, social media saw many tributes pour in.

Liotta is probably best known to audiences for his starring role in the 1990 Martin Scorcese epic, Goodfellas. Based on the book Wiseguy, by Nicholas Pileggi, Goodfellas follows real-life mobster Henry Hill. Certainly, Liotta had the tough swagger required by the role. But the deference he showed, both as an actor working beside Robert DeNiro and Joe Pesci, and the up-and-coming Hill, is what added so much depth to his performance.

A significant part of Liotta’s time in the film was spent with on-screen wife, Karen Hill, played by actor Lorraine Bracco. She tweeted on May 26:

I am utterly shattered to hear this terrible news about my Ray.
I can be anywhere in the world & people will come up & tell me their favorite movie is Goodfellas. Then they always ask what was the best part of making that movie. My response has always been the same…Ray Liotta. pic.twitter.com/3gNjJFTAne

Kevin Costner, who worked with Ray Liotta in the 1989 classic, Field of Dreams, recalled the scene where Ray hits Costner’s pitch and knocks him off the mound. The unscripted moment was real.

Devastated to hear the news of Ray Liotta’s passing. While he leaves an incredible legacy, he’ll always be “Shoeless Joe Jackson” in my heart. What happened that moment in the film was real. God gave us that stunt. Now God has Ray. pic.twitter.com/JQmk1PsuSK

Although its been years since we worked together, each time we crossed each other’s paths, you were always sincere, kind, gracious, and a loving gentleman. You will be sorely missed, Ray Liotta. Fly with the Angels you insanely talented human being. You touched my life. pic.twitter.com/0tACq6gVdi

The restaurant that hosted Liotta and his party posted a tribute on Instagram. The photo was taken two days before Liotta’s death.

You want to do as many different genres as you can and that’s what I’ve been doing. I’ve done movies with the Muppets. I did Sinatra. I did good guys and bad guys. I did a movie with an elephant. I decided that I was here to try different parts and do different things. That’s what it’s really all about. That’s what a career should be.

cockatooadmin
The life of Roy A. Sealey and his contributions to the Cockatoo Inn