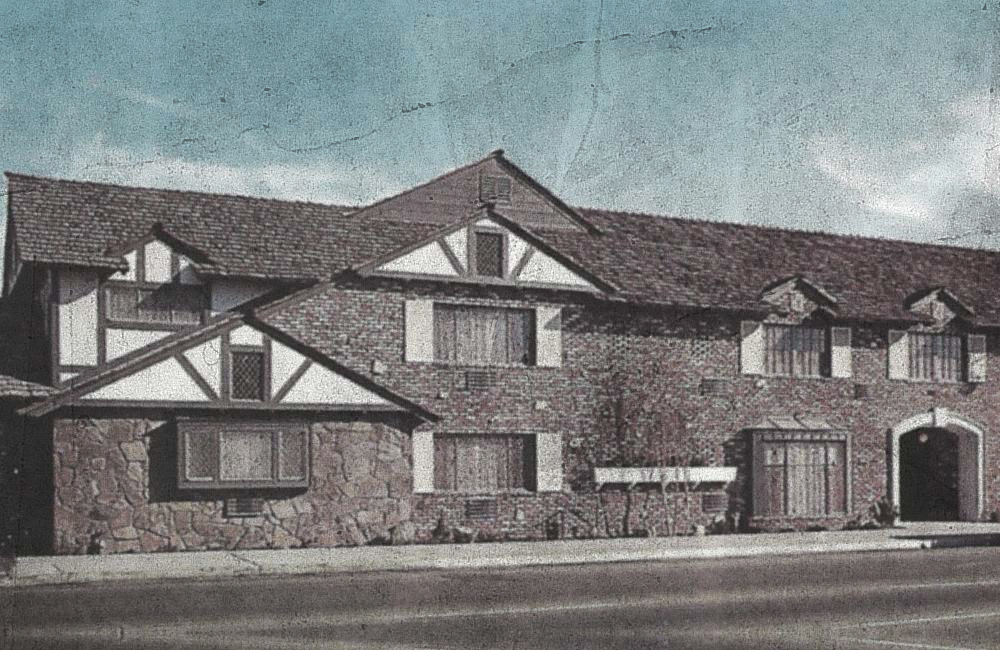 The original ‘chicken-and-rib drive thru’ opened in 1946. Fast forward to 1958. It was already enjoying a nice 12-year run when it was destroyed by a fire. Then, in 1959, Andy Lococo announced the reopening of Cockatoo Inn.

As reported by the Sunday edition of The Los Angeles Times (February 8 1959), the new Cockatoo Inn grand opening was set for the following day on the corner of Hawthorne Blvd. and Imperial Hwy. Unsurprisingly, it did not disappoint.

To put things into perspective, Lococo’s original Cockatoo opened in 1946 on two lots. However, this new $800,000 effort, at 15,000 square feet, now spanned 17 city lots. It had parking spaces for over 300 cars. The new capacity was over 600 people and four banquet rooms. The Times goes on to say:

“Extensive use of stained glass, used brick and hard wood paneling are featured throughout the 15,000- square-foot structure and lends an air of old-world dignity. Many modern innovations have been incorporated in the kitchens and other areas to provide maximum comfort and service, it was reported.”

It also credits the builders and designers who led the construction:

“Abe and Louis Zukor of the Long Beach Restaurant Supply Co. were in charge of construction. Design was by Robert Mavis Designs, Inc.”

The devastating events of the previous year only strengthened Lococo’s resolve. Since the 1946 opening, improvements were already happening. While the fire forced a rebuild from the ground up, it may have been a blessing in disguise.